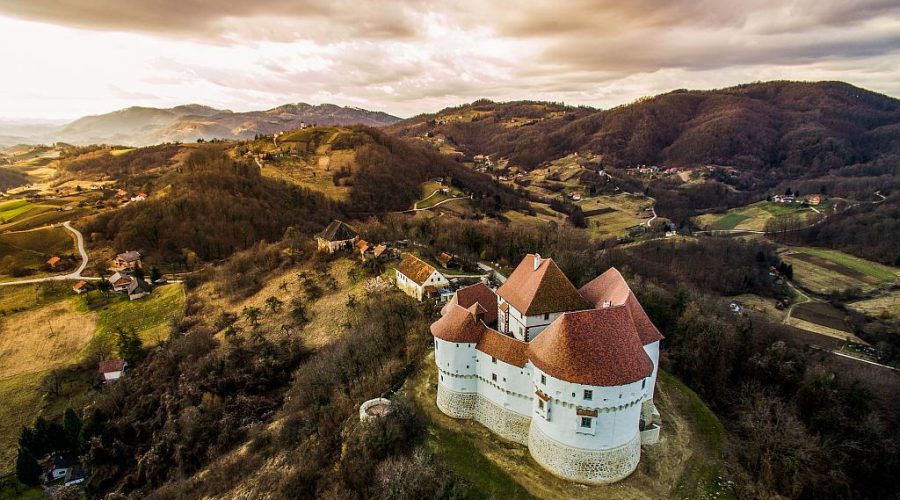 Years ago Croatia presented itself on the international tourism market with a slogan “Small country for a great holiday” as it perfectly describes what one can expect when coming to Croatia – a fantastic holiday in the country famous for its unspoilt nature, stunning coastline, more than 1200 island surrounded by the crystal clear sea, rich cultural and historical heritage and a long tradition in the tourism industry.

Croatia has a total of 8 UNESCO World Heritage Sites and they are all well worth visiting – the old city of Dubrovnik, Plitvice National Park, Stari Grad plain, The Cathedral of St James in Šibenik, historic city of Trogir, Stećci Medieval tombstones graveyard, Episcopal complex of the Euphrasian Basilica in the Historic Center of Poreč and the historical complex of Split with the Palace of Diocletian. Other than these 8 stunning sites, Croatia has a great number of UNESCO intangible goods, the highest number of any European country like the lacemaking, gingerbread craft, knight’s tournament Sinjska Alka, Klapa singing and many other.The Croatian government has submitted 17 other astonishing sites which have been added to the Tentative List as being considered suitable for inclusion on the World Heritage Sites List.

The Croatian government has submitted 17 other astonishing sites which have been added to the Tentative List as being considered suitable for inclusion on the World Heritage Sites List.

Motovun is situated on Motovun hill and built over on a site of ancient settlement Castellieri. Motovun was mentioned in written records for the first time in the early 9th century, but it was fortified as we know it today by the Venetians, who took over Motovun in the 13th century and it made part of Venetian colonies for more than 500 years. During that period city walls, towers, and gates were built and remained almost completely intact till this day. Motovun is truly an exceptional place to immerse yourself in the past and discover what an amazing heritage our ancestors left us to take care of, and enjoy its beauty.

Lubenice is an ancient fortified town situated on the island of Cres. The town was founded 4000 years ago on a hilltop and today it comprises forty buildings and has seven inhabitants.

Velebit is the largest mountain range in Croatia. Its highest peak is Vaganski vrh at 1,757 m. The mountain is a part of the Dinaric Alps and it is located along the Adriatic coast separating Lika region from Dalmatia. Two of the eight Croatian National Parks are a part of the Velebit mountain, Paklenica and Northern Velebit National Park.

North Velebit National Park covers 109 km2 of the northern section of the Velebit mountain, the largest mountain in Croatia. On the southern side of the mountain there is Paklenica National Park, so practically the whole of the Velebit mountain is a nature park. It is recognizable by its conserved biodiversity, the abundance of the natural phenomena and experience of pristine wilderness. Paklenica National Park  is one of the eight national parks in Croatia. It is located near Starigrad in northern Dalmatia, at the southern slopes of Velebit mountain. The name Paklenica probably derives from black pine sap called “paklina”, which the locals used in traditional medicine, for wound treatment, for light and for coating of wooden boats. It was proclaimed protected area back in 1949 and as a national park in 1997. The most attractive parts are two canyons, Small and Big Paklenica.

The area proposed for inscription on the World Heritage List is located in the center of the historic nucleus of the town of Zadar and comprises the Roman forum with the remains of a temple, the Episcopal complex, and the Archaeological Museum.

Primošten’s vineyards also called the “stone lace” as they are well divided by long dry stone walls built centuries ago and are currently on the Tentative list of UNESCO World Heritage Sites. Vine has been grown in this area for centuries, planted almost in bare stone, precisely from the 8th century BC, when Illyrians populated the region.

Kornati islands, also called Stomorski islands are located in northern part of Dalmatia, west of the city of Šibenik and east of the city of Zadar. Kornati islands occupy a sea area of around 320 square kilometers and are divided into two main groups – Upper and Lower Kornati. There are no permanent settlements on the islands and 89 of 140 islands were declared a national park in 1980. The area covered by the National Park principally coincides with the Upper Kornati, which includes the biggest island of the archipelago Kornat and the surrounding islets. It is a perfect place for numerous activities like sailing, snorkeling, diving, swimming, hiking, observing the plant and animal wildlife. The nature park, Telašćica, covered in a thick forest of pine and olive trees, occupies the southern part of Dugi Otok island. Telašćica gained the status of a protected area in 1980, then in 1988 was proclaimed nature park, thanks to it valuable flora and fauna, geological and geomorphological phenomena and impressive beauty.

Also called Blaca Desert, a monastery built under a steep cliff back in 16th century. The monastery consists of a few interconnected houses, chapel, a small school and a commercial building. In the library, there are more than 11,000 titles printed in the monastery from 1895.

The historic town of Korcula

Korčula is a small fortified town located on the northeast coast of the island of Korčula. The form of this charming historic town is determined by the form of small peninsula protruding into the sea and its connection with the island was cut off by an artificial channel. It is surrounded by the walls, built in gothic style, reinforced at the strategic points like those near the port, where major attacks were expected. The streets of the town are arranged in a herringbone pattern in order to reduce the effects of the sun and wind. The old town is the main attraction with its walls, towers, narrow streets and the wondrous architecture mainly influenced by Venetian Renaissance.

Historical-town planning ensemble of Ston with Mali Ston, connecting walls, the Mali Ston Bay nature reserve, Stonsko Polje and the salt pans are on the list. the famous Ston walls, also known as the “European walls of Chine”, are a series of defensive walls built in the 14-th century, along with 40 towers and 5 fortresses. The walls surrounding the town are about 900 meters long, and the Great Wall of 5 km outside the town.The walls were built by the Republic of Ragusa, in order to protect its borders, but especially to protect the valuable salt pans that contributed to the Republic’s wealth.

Tvrđa is Habsburg star fort built on the right bank of the river Drava, located in the immediate vicinity of medieval Osijek. It is the best-preserved and largest ensemble of Baroque buildings in Croatia and has been described by the World Monuments Fund as “a unique example of an eighteenth-century baroque military, administrative, and commercial urban center”.

Lonjsko Polje is the largest protected wetland in both Croatia and the entire Danube basin. It covers an area of 505.6 square km, extending along the river Sava from the areas east of Sisak, the lower course of the river Lonja for which it is named, to the areas west of Nova Gradiška, along with the course of the river Veliki Strug.

Varazdin’s gorgeous Castle is situated at the very center of the city. Other than admiring its beauty from the outside, you can enjoy the permanent exhibition inside the castle that includes numerous paintings, photographs, ceramics, books, historic documents, sculptures, furniture and much more. The city is full of breath-taking Baroque palaces, some of them being Town Hall, Draskobiv Palace, Jankovic Palace, Palace of Varazdin County, Pauline Mansion etc. 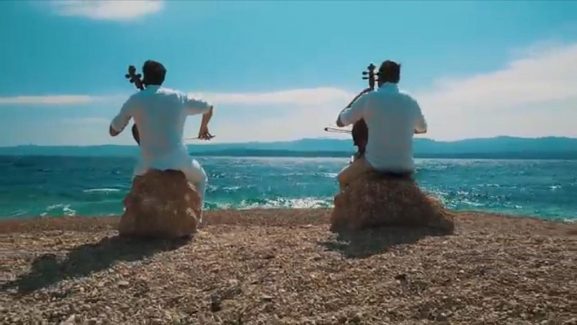 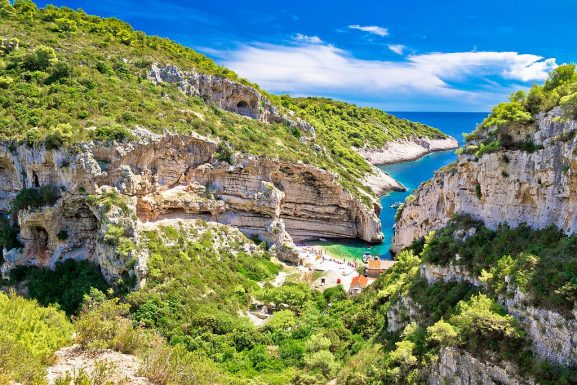