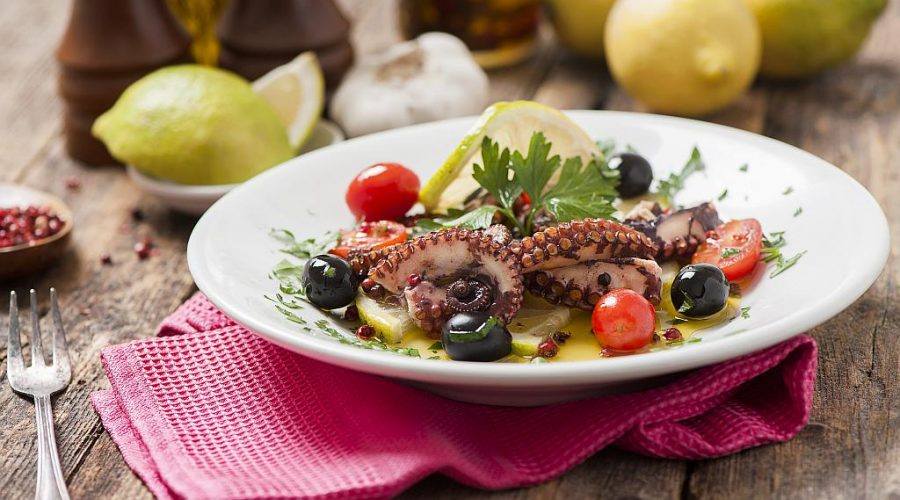 In Croatia, especially in Dalmatia region, octopus plays the main role in many healthy and tasty dishes like octopus under the lid, baked octopus with vegetables and various salads. Octopus salad is definitely a must-try dish when in Croatia accompanied by a delicious glass of local wine.

When cooking octopus, the most important thing is to prepare it in a way that it becomes tender. Well, there are several ways to do that. Fisherman used to beat the octopus vigorously against the rocks, then dip it several times into boiling water, then they would proceed with cooking under the lid or some other way. Read our additional tips on how to prepare a super tender octopus meat. 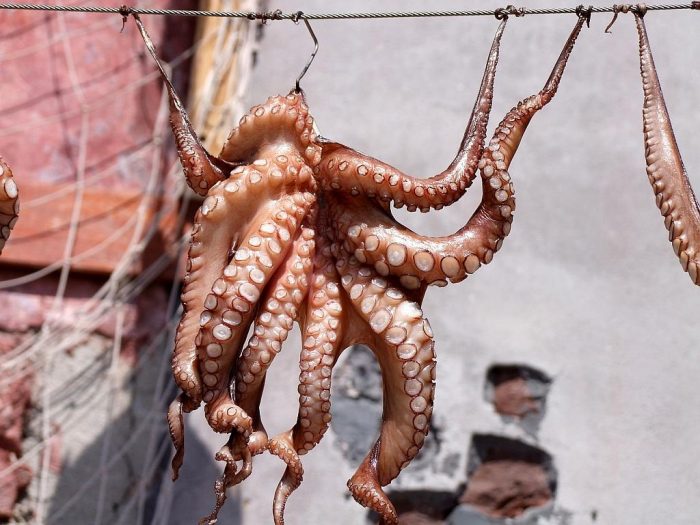 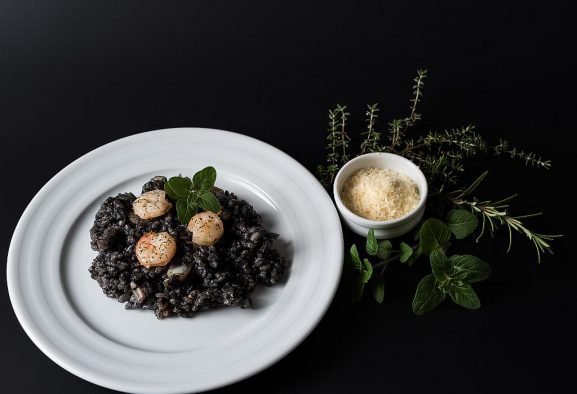 Black risotto (Crni rižot) or cuttlefish risotto is a type of seafood rice dish and one of the tastiest Croatian recipes. 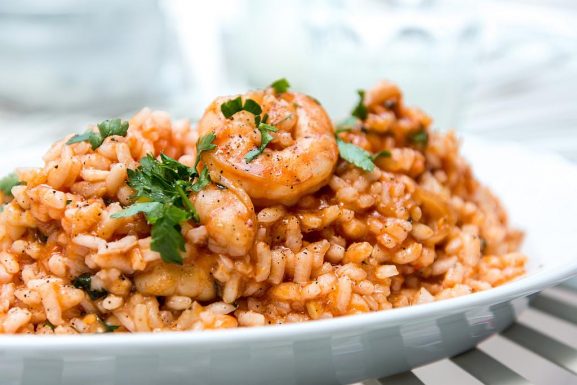 Cheer up your taste buds and prepare a delicious and super creamy red risotto with shrimps. Well, when in Croatia,