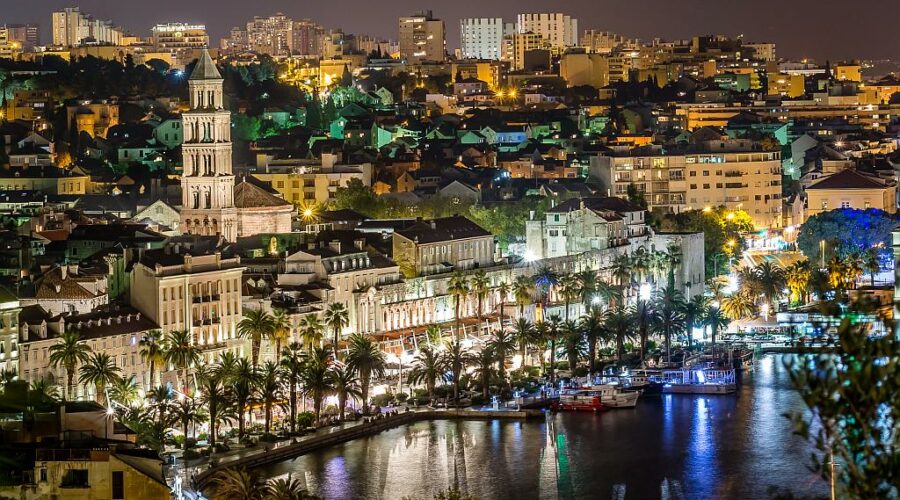 Split is situated in the center of the southern Croatian region of Dalmatia. It’s the second-largest city in Croatia and the third-largest passenger port of the Mediterranean as well as an important passenger hub and a gateway to central-Dalmatian islands. The inner city has about 200 000 residents and the metropolitan region around 400 000. Split was founded more than 1700 years ago by the Roman Emperor Diocletian and his imperial palace occupies the most important part of the old town. With the beachfront and palm trees right in front of the palace, Split offers the perfect Mediterranean postcard. During its long history, many cultures left their footprint still visible today on the squares and the alleys of the city center. Being located on a peninsula, Split had always a very special connection with the sea. On the very tip of the peninsula, there is a Marjan hill that offers scenic views of the city with the mountains in the background and the Dalmatian islands in front of them. 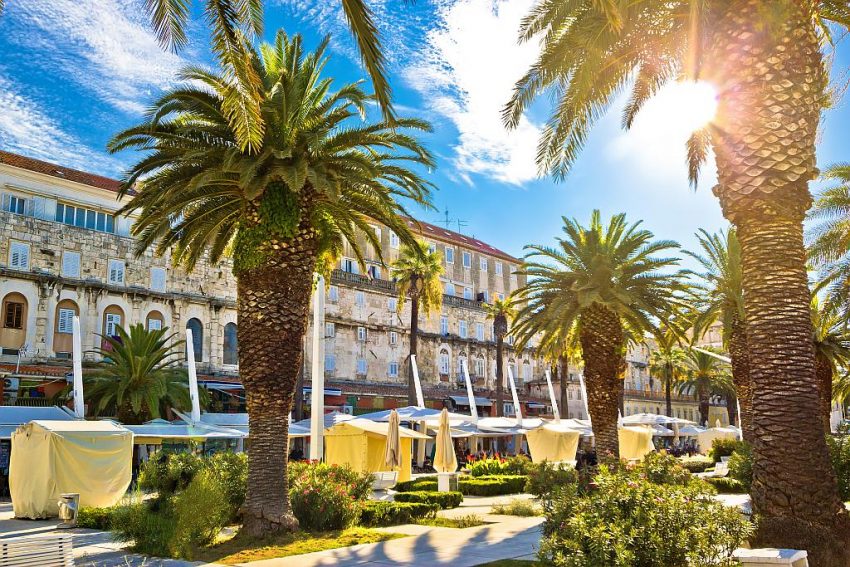 The most important monument in Split is the Diocletian’s Palace from 305 A.D. The Palace was built as a massive structure, with its 200 meters long and 20 meters high walls. Underneath the Palace there are Diocletian’s cellars that lead from the Riva waterfront to the Imperial square Peristil, colonnade ornamented plaza with two sphinxes from Egypt. The cellars were used to film certain scenes for the popular TV series Game of Thrones. On the eastern side of Peristil square, there is the 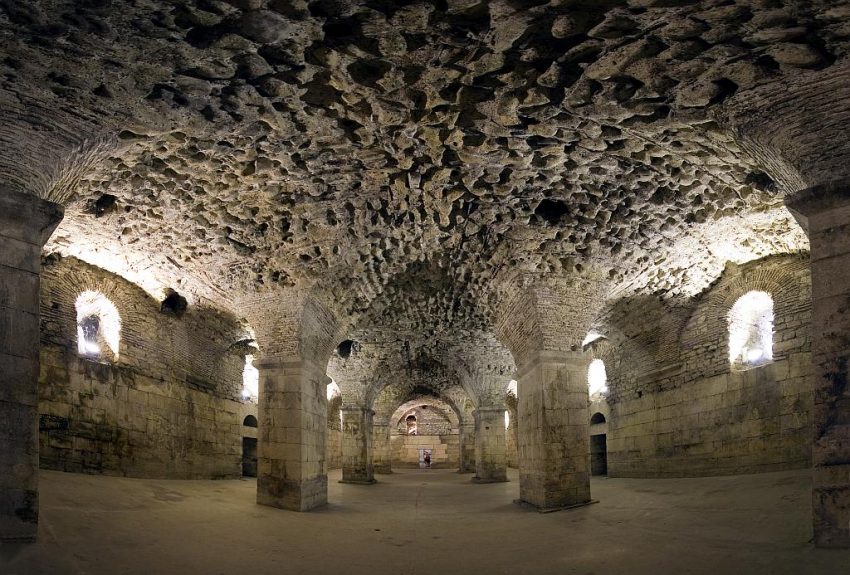 the Cathedral of Saint Domnius, the oldest cathedral in the world, built inside the old mausoleum of the Roman Emperor. Just outside the Palace walls, on the northern side, you can see the statue of Grgur Ninski, where you can make a wish holding his giant toe. On the western side of the palace is the beautiful Pjaca square. 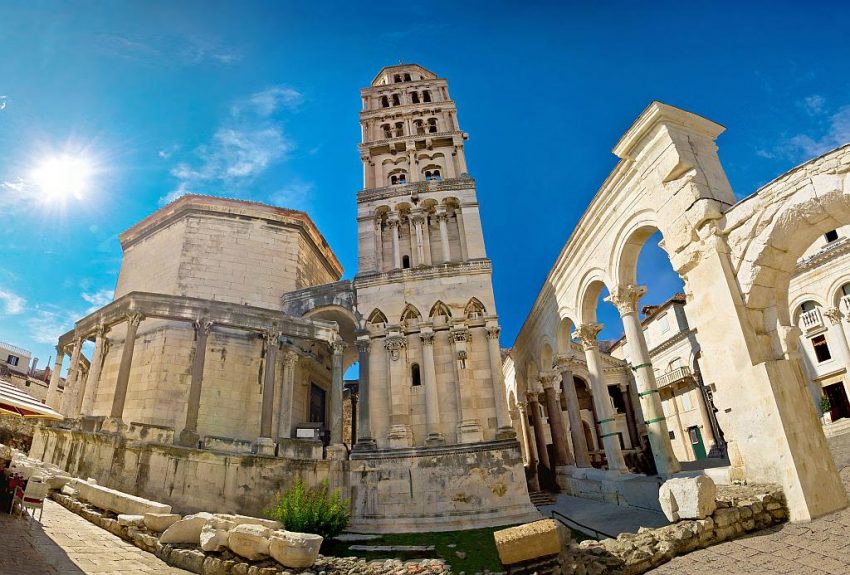 Marmontova Street unites Riva and the square in front of the National theater. The Prokurative square is known for the Split festival of popular music held there every year. There are several museums in Split that you can visit like Maritime Museum where you can see a large collection of marine equipment, weapons, medals, ship models, navigation equipment and other. The Museum of Croatian Archeological Monuments where you can see cultural artifacts of the Croats from 7th to 15th century. Other museums you can visit are Split Science Museum, the Gallery of Fine Arts and The Ethnographical Museum.

Split is known for its nightlife, especially during the summer season when it becomes, even more, dynamic. There are numerous bars and clubs suitable to everyone’s taste. Ultra Europe Music Festival is the biggest event of the summer, held in July, with more than 100,000 visitors from all around the world, but the party doesn’t stop there because the Split waterfront Riva becomes a stage for world’s most famous DJ’s. During the summer, you can also attend different genres of concerts that are held in various locations in the city. In the old center of the city, you can find numerous bars where lots of young people tend to meet. The bigger clubs are located mostly on the outer ring of the center like on the Bacvice beach or near the Poljud stadium. Split Summer Festival offers different cultural events, like classical, soul and jazz concerts, theater shows and operas and a wide range of smaller events on promenade Riva. 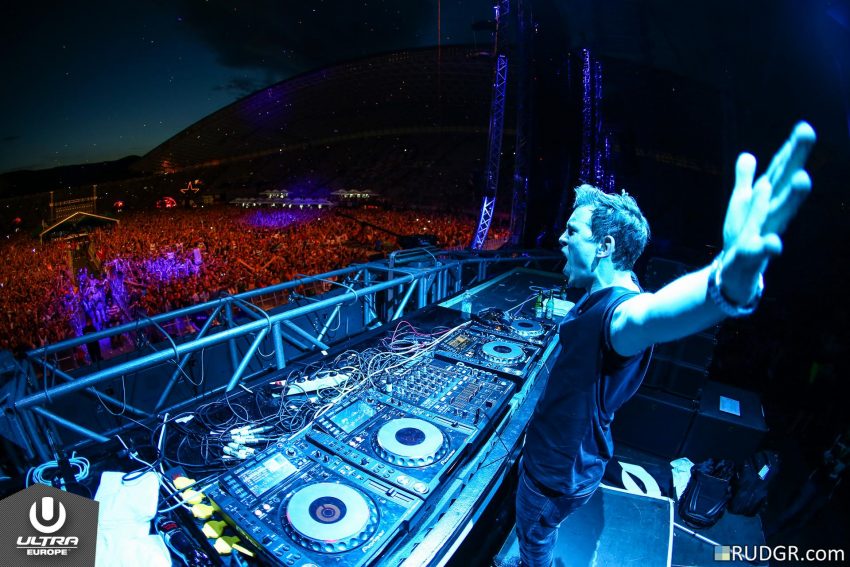 Split has a long sports tradition and it is home to many Olympic, Europe and World champions in numerous sports. Football, Basketball, Tennis and Water Polo are the most popular with the locals. Marjan Hill was a recreational place for Split residents since the Ancient times and that tradition persists to this day. It is the perfect place to go cycling, running or skating surrounded by nature but still close to the city center. Nearby there are many beaches where you can also practice various water sports like windsurfing, kitesurfing, scuba diving, and sailing. Just 30 minutes away from the center in the southern part of the metropolitan region there is Cetina river and canyon, that offer you an opportunity for an active vacation. Cetina canyon with its unspoiled nature and breathtaking sceneries makes all the adrenaline junkies feel at home, setting the perfect scene for rafting, canyoning, zip line and kayaking.

In Split you can enjoy Dalmatian cuisine which is typically Mediterranean. Traditional Dalmatian dishes are made with herbs like sage, rosemary, thyme, basil and oregano. There is a large use of extra virgin olive oil and garlic. Some of the traditional dishes we recommend you to try are: Dalmatian smoked ham, Olives and nearby islands famous goat cheese as an appetizer, Black risotto, Dalmatian pasticada (stewed beef in wine with prunes and vegetables) and grilled fish with vegetables. Locals mostly eat in small, intimate traditionally Dalmatian restaurants called Konoba, that prepare fresh local food and usually have lower prices than upscale restaurants. Small Medieval alleys in and around the Palace offer many bars and restaurants with intimate and romantic atmosphere, delicious food and excellent wine. You can find many restaurants that offer international food as well.

On the very outskirts of Split there are several interesting destinations. The closest one being Solin famous for its Roman ruins. At the northern end of Split metropolitan region, you can find Trogir, a beautiful coastal town with its medieval core occupying a small island squeezed between the coast and a nearby island. At the southern end of Split metropolitan region, there is Omis, a small town famous for its pirates that looted the seas in medieval times, best known for the canyon of River Cetina that reaches the Adriatic sea right in the town center. Twenty-minute ride to the east from Split you can stop in Sinj, a town visited mostly for Sinjska Alka, a horse riding game, and the Madonna of Sinj. You can also take day trips to the island of Brac and visit the small town of Bol famous for it amazing beach Zlatni Rat or the island of Hvar. 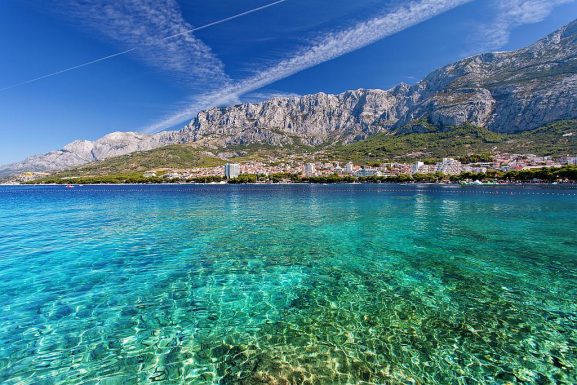 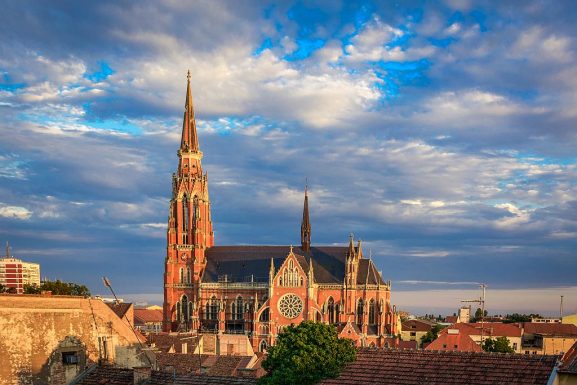